Training on the edge or in the center?

I was just walking with a friend and as most things do, the conversation turned to dog training.  We hadn’t caught up in a while and much of what I do has changed since we last saw each other, and I was trying to tell her about my new play-based approach to addressing reactivity.

In trying to explain my current ideas around threshold, I found myself really grappling with how we traditionally, even naturally, think of it. 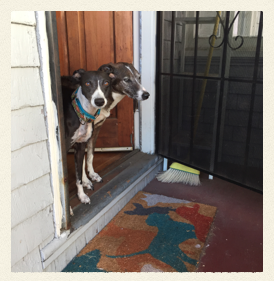 Are we under threshold or at threshold?

Aside from our differences in measuring where we are with any accuracy, I also have noticed that we have this unspoken concept alive in our minds when it comes to using that threshold in practice, and that’s how far we should stay under it.  Is being “just” under it, no matter how you define it, enough? Do you work right “up on the edge,” or should you be as “under” it as you possibly can be?  What is the optimal location of “under,” even if we all agreed on how to measure threshold in the first place?

I think there are a few forces guiding our thinking here.  For one, a good analogy for illustration is body building. When we’re building muscle, we’re always aiming to be on the edge of failure, but still getting success.  We push right on the edge of the ability, hoping to push that line further forward. It’s a familiar concept to all of us, as it applies to so many things we challenge ourselves with and stretch to achieve.

A more dog-related example is in skill building. When we’re teaching duration of a behavior, we are interested in pushing that line forward, and are often trying to approach it (though not cross and thus make our dog fail) and push on it so that the skill grows and we can get more duration. Being right up to the line allows us to move that line to new places.

And I think this is something we apply to emotional work, as well.  It’s a normal part of our own learning, and it’s a normal part of regular skill building with dogs, and we just keep the idea consistent.  Working with dogs with reactivity and using classical conditioning just has become “stay under threshold, but work up near it so you can be moving forward.”  It’s like being in a bubble and pushing the edge of it so it shifts.

I think we do this without examining it, really.  I don’t think it’s explicitly instructed that we do so consciously (I think?).  This comes out of us naturally, as we really want to solve these problems and it just feels “right” somehow to succeed by being up near the threshold line while still staying under it.

I think we should rethink this, though.  What if instead of being “just” under it, we were “well” under it?

One reason we might want to is that we’re not all that great at assessing threshold lines, not for sure. Some of us have better measures than others, or a better “feel for it” and how our dog is doing, but it’s hard to really know, and not knowing leaves a lot of room for mistake with behavior work.  Staying further under than is our current habit can help compensate for any mistakes or changing conditions.

Another is that “right up next to it” isn’t the only way to move forward into success.  It may be useful when bodybuilding or when practicing duration, but is it the best model for emotional work?  Being right up near (but under) threshold might not be a truly comfortable place to be all of the time, and that would be even more true if we’re mistaken about where we are with regard to this threshold.

It may help to connect to the end goal. What we want is to help an animal feel good about what makes it currently feel bad, right?  To replace feelings of fear with feelings of comfort, ease, and even happiness? What if we instead of pushing on the edge, we remain firmly in the center of that bubble, good feelings firmly developed and unchallenged, and just let conditions around it change slowly enough that we’re never at its edge? What might the animal be experiencing in that process? 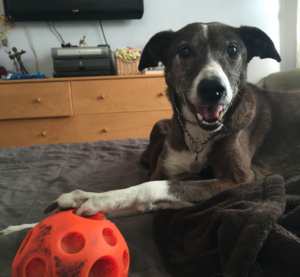 Roll the bubble from the middle!

We can work from a place of more ensured good feelings the whole time, making that the default state they’re in, and stay far back from much threshold challenge at all. If we do that, yes, we’re not metaphorically “pushing an envelope” all that much, but we are instead establishing a good response and then maintaining that response by making sure the challenges never bring them to the edge of that threshold, risking that worry and anxiety may begin creeping in.  We shift our bubble forward from its center, not from its edge.

That way is very conservative, and further below threshold than many trainers are often working. It may make you wonder if you’re even working at all at times! And the “bubble edge” setting feels a lot more natural to use, since it’s very helpful to use in other situations, both in dog training and in personal ones. Working from the center may feel unfamiliar to us.

However, with emotional work, I believe that it’s really best to be as conservative as we can be, thus being even more assured that we’re picking a low-stress experience for the dog. It’s what we’re all aiming for, after all, that the good feelings grow, and replace any bad feelings.  Doing what we can to pick a model that compensates for any difficulty in measuring how they’re feeling, and rooting them firmly in good feelings, allows us to be more careful with the experience they’re having as we apply our “emotion changing” tools to the setup we’ve picked.

It’s indeed the very foundation that my “Dealing with the Bogeyman” class is built.  One way to get very under threshold is to use much greater distances than we’re used to using more traditionally. I also employ social play as a tool to help me judge how far under threshold I am more sensitively and to make sure the experience is as fun and positive for the dog as I can make it. 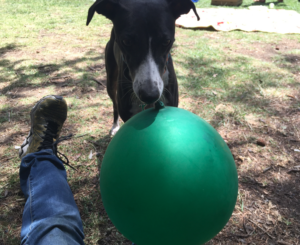 I found this. Does it count as a bubble?

I think it’s never a mistake to be careful and conservative when in charge of the emotional experience of others, and while we can use a variety of tools to help our dogs learn new information, challenging our thinking on threshold and looking at whether skill building and emotional change should use the same bubble settings.

My class in using play to resolve fear and reactivity, called “Dealing with the Bogeyman,” will be starting on December 1st.  Registration is open now!  Come learn The Play Way and how to use the center of the bubble. 🙂